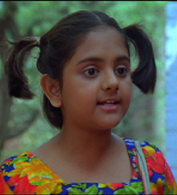 Xang Xang Klang is a 70 minutes entertainer, in which an alien from outer space comes to earth, in the guise of an Indian boy called BHOLA, with the deadly mission of assessing whether earth should be destroyed or not, seeing the growing pollution and degradation. He also sees the love and care, laughter and faith and happiness on earth and decides to give us an eleven year grace period.
He leaves with a wake-up call to earth “EITHER RESTORE YOUR PLANET TO FULL HEALTH , OR WE WILL ERADICATE IT FROM THE UNIVERSE”
BHOLA promises to return after eleven years, hopefully to see a pollution – free earth.

Director’s Biography: Col. Kapoor
Col. Kapoor joined the Bollywood film world, after servicing a memorable 26 years in the Army.
During the past 3 decades in the films, the Colonel has written many stories and screenplays, directed many films, TV serials and decomentaries and acted in quite a few.
FAUJI, the super hit TV serial of 1989 was a feather in his directorial cap. XANG XANG KLANG is his second film as director.