Before leading the Indian freedom movement, Mohandas Karamchand Gandhi used to live in South Africa to fight against injustice and class division.

Within 10 years, Gandhi propagated the philosophy of Satyagraha there and propelled the country towards a no class or ethnic discrimination society.

In no time, Gandhi became the leader of the South African Indian community. His involvement in the non-violent movement in South Africa had made such an impact that even now, he is looked up to as a leader there.

While he was travelling by train to Pretoria, Gandhi, despite carrying first-class ticket, was thrown out of the train by the authorities because a white man complained of an Indian sharing space with him.

As a response, Gandhi formed the Natal Indian Congress in 1894. This organisation led non-violent protests against the oppressive treatment of the white people towards the native Africans and Indians.

In remembrance of the important event in life of Mahatma Gandhiji, special shows were conducted of CFSI film based on Mahatma Gandhi – ABHI KAL HI KI BAAT HAI – Hindi / 42 minutes for children at the following NGOs, while taking all necessary steps to prevent the spread of covid19.

Mahatma Gandhi is the father of the nation. His principles of justice, truth and non-violence left a lasting impression on the world. This film aims to inspire kids towards these principles by depicting the life of Gandhi through photographs and exquisite dolls. 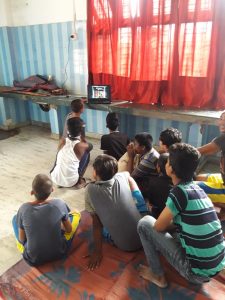 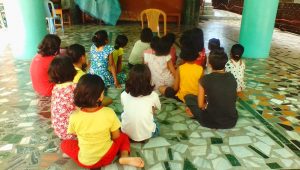