Kima’s Lode Beyond the Class

Kima’s Lode Beyond the Class 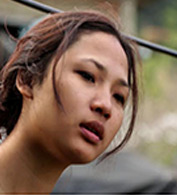 The remote border town of “Chhimtui,” in northeast India, is shaken up as twelve -year old boy “Kima” goes missing. His widowed mother fears the worst. Kima suddenly returns but refuses to tell where he has been. He makes a secret plan with his best buddies “Rova” and “Dawnga” to go back to the forest. On the fateful day, the boys share a ride with an old man who tells them of a strange tale.

B.Com graduate from Shri Ram College of Commerce, Delhi University with Diploma in Film & TV Productions from XIC, Mumbai. Has worked under Siddharth Kak and independently directed and produced a number of documentaries and TV serial. Kima’s Lode is his debut film as a director.