(Win Some, Lose Some) 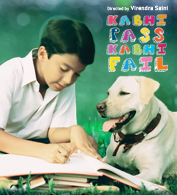 Eight year old Robin has an extraordinary way with numbers. He uses his gift for calculation to help his village folks. His happy world is shattered when his uncle Joe and aunt Sheila, a sly couple aware of his powers, convince his innocent parents to send him to town for better education. The couple exploit him with live, ticketed shows where Robin magically solves complex mathematical problems. Despite his fame, Robin longs to go back to the simple life of his village. This film won the Best Children’s film award at the 46th National Film Awards and features popular actors like Nasseruddin Shah, Tom Alter and Deepti Naval among others.

Director’s Biography: Virendra Saini
Director & cinematographer, Virendra Saini, graduated from FTII with a diploma in cinematography in 1976. He has been intimately and consistently connected with the New Cinema Movement in India, working for both feature films and full-length documentaries with several major directors including Mani Kaul, Saeed Mirza, Sai Paranjpye, Kundan Shah, Vinod Chopra and Bhimsain. In 1990 he won the National award for Best Cinematography for the film, ‘Salim Langde Pe Mat Ro’.
In 1999 he directed his first feature film, ‘Kabhi Pass Kabhi Fail’ production by CFSI which won the National Award, for the Best Children’s Film