As part of 74th Independence Day Celebrations 2020, Patriotic Film Festival was organised by the Ministry of Information and Broadcasting, Govt. of India from 7th to 21st August, 2020.

The festival aims to showcase Indian history that marks the bravery of freedom fighters and “aims to create a festive and patriotic mood among Indians across the globe”.

CFSI films based on patriotism and principles of Mahatma Gandhiji were curated on NFDC’s OTT platform www.cinemasofindia.com from 7th to 21st August, 2020. 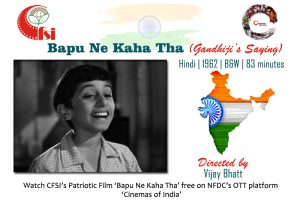 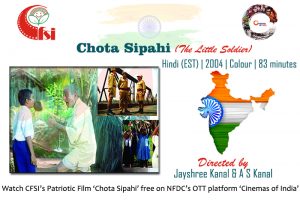 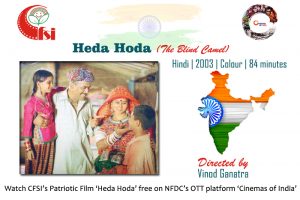 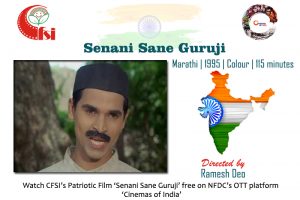 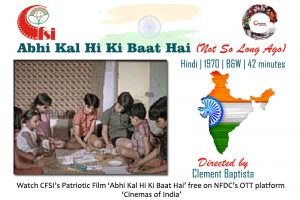